A curious start. Prometheus made me curious with just one name - Ridley Scott. The movie starts with amazing visuals of waterfalls and a unknown giant (person?) dissolving himself into the waters. Curiousity well begun. Cut into the year 2089, attention shifts to Scotland where two archaeologists discover 5000 year old depictions that portray humans pointing to stars or constellations and worshipping them, also found in similar other locations of the world. Cut, into the spaceship, 2093 - odd people recruited by Weyland Corp. land in an unknown planet which seemingly is known to support life forms. What happens next is curiousity fades into darkness, questions, and one heck of a finish which makes us say "ok - now we understand that this is the prequel to the 1980's Alien".

The entire plot is for people's questions and Weyland Corp's aid to help man get answer to "Who made us, what brought us here" and so on.. 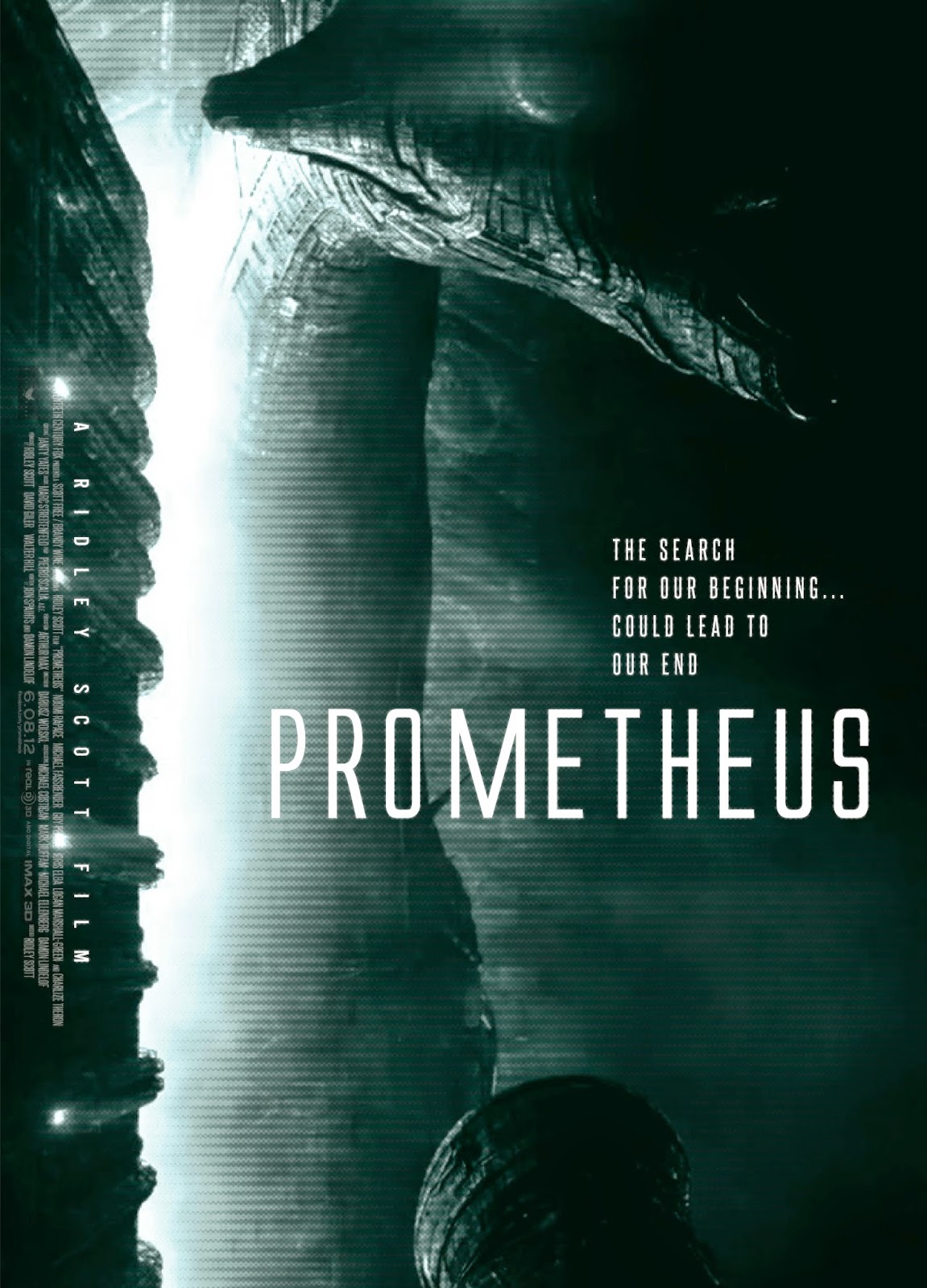 The plot undergoes some tiring scenes of gore (well some may not be tiring but boring) All the character portrayals are dismissable except that of Ms. Shaw ( by Noomi Rapace) and the Android (shouldn't it be called a Humanoid??) David - (by Michael Fassbender). Fassbender portrays David exceptionally well and the places where he shows the jealousy and arrogance over humans is appreciative. Charlize Theron as Vickers has very less to do and one will feel that there could've been more for her to do. The film then twists to the ultimate finding of the crew and the tagline of the movie comes live.

On a flat face, I would rate this movie 7 on 10. 5 for the opening and the storm visual grandeurs alone. How much would you rate?
Posted by Yusuf at 4:16 PM